The Ineffable Nighttide, is the first release from the group of recordings I think of as the Initiation Demos. It features 7 tracks and comes in at about 39 minutes. This release focuses on anomalous sleep phenomenon. There is a strangeness that surrounds sleep that can feel both horrifying and invigorating depending on the way it manifests.

Lucid dreaming a task you seek to better yourself at has shown measurable results in the waking world. D 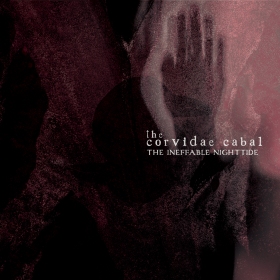 reams have inspired creativity and invention throughout history. Some people have found quantifiable prophecy, both mundane and spectacular in sleep. It helps heal and regenerate, and we don’t entirely know why any of that is.

Coupled with that, is a long history of malevolent forces that appear both in dreams and outside of dreams. Forces that don’t seem so much a part of sleep as much as they become knowable in through the sleep state. I say force because we don’t know what they are. Is it part of ourselves? Is it an unseen part of our world that slips through when we are in that altered state of consciousness? Is it some symbolic manifestation? Is the brain filtering our senses and reality differently than in an awake state? The consistency in experiences across cultures, and over the course of centuries, only complicates any theory we begin to sense an outline of.

These are all ideas I hope to explore more on this site. The music is available via Bandcamp. And will eventually be available on other streaming and digital music services.